Site Gallery’s new group exhibition Rewriting the Future is a highly important and powerful exploration of the role that speculative fiction plays in enabling us to rethink our current socio-political climate and to imagine alternative futures. The installation presents sculptural, sound and film works by female-identifying and non-binary artists Sophia Al Maria, Sonya Dyer, Ursula Mayer and Victoria Sin, highlighting queer, intersectional feminist perspectives on gender, power and the ecological crisis. The artists challenge the power dynamics of the traditionally white, male canon of speculative fiction, drawing from Afrofuturist writer Octavia Butler’s call for Black people to write themselves into the future. Rewriting the Future comes at a time when the urgency of redefining our relationships to each other and to our ecosystems is becoming apparent to millions of people across the world. Yet this realisation is in danger of being corrupted by the ideology of neocolonialist eco-fascism, which puts forward a politics of violence, closed borders and reinforces the primacy of the global north. It is crucial that the futurities imagined and put into practice are intersectional and centered around climate justice, in order to create a world in which everyone is able to flourish. Together, the artists illustrate a radical vision of the future where a queer, intersectional ecology is the model for a new life whereby new forms of kinship are enacted.

Rewriting the Future takes place in Site Gallery’s main exhibition space, where a maze-like construction of walls and screening rooms guides the public through to each work. The installation is mesmerising and weaves a narrative of its own, leading the public from one body of work to another, each presenting a diverse yet equally captivating world. The first work is Ursula Mayers’ breath-taking film ATOM SPIRIT, 2017, a large-scale three channel installation that is simultaneously a criticism of patriarchal taxonomies and the blazing vision of a future where our relationships with each other and with non-humans are radically reshaped on the basis of love. Filmed with participants from the LGBTQIA+ community in Trinidad and Tobago, the work follows a group of evolutionary geneticists who are collecting DNA from all forms of life in order to cryogenically preserve it. Tiny birds and reptiles are held firmly in the grip of human hands and microscopic photos of biological matter show non-human entities broken down into atoms – the combination of these images serves as a warning to the dangers of the objectifying gaze of patriarchal science traditions. By contrast, joyous scenes depict queer and trans people of colour dancing and embracing each other in clubs and on beaches. Other scenes showing a member of the cast exploring a rainforest while dressed in a lizard body suit are interspersed with shots that trace the lines of a reptile’s body. Hypnotic voices chant “entanglements”, “interlace” and “microbial together”, asserting a world where intersectional, queer kinship structures act as the space for enacting a radical, symbiotic entanglement with non-human entities.

Victoria Sin, the pinnacle, the foot of a mountain, 2019 (installation view) © Jules Lister

The second work is Victoria Sin’s newly commissioned immersive sound installation the pinnacle, the foot of the mountain, 2019. Following ATOM SPIRIT’s vision of a future where human and non-human beings become molecularly intertwined, the artist imagines a world where humans are preyed upon by giant orchids in order to use their bodies as a method of reproduction. Listeners take a pair of headphones and sit in a room with red carpet and walls of red gauzy material while listening to the work, closing their eyes while sitting amongst strangers. Sin’s seductive narrative depicts the horror of a world where the hierarchy between human and non-human has been subverted, and where we have lost control over the boundary between our bodies and the environment. The experience is visceral, with waves of hypnotic dread-like music rising and falling behind the narrator’s words, that tell of a frightening physical transformation where the human narrator becomes a vessel for a newly growing orchid. Sin’s narrative is an exploration of the transformation that ensues once the human ego is relinquished, and a collective, post-human identity is discovered. They pronounce, “I want it. I want to be it. I feel that in some way I have already been it. I am it – I am coming back to it. […] What if I had always been the same thing?”, indicating that in merging with the orchid, the human is returning to what they have always been; part of the ecosystem.

Sophia Al Maria’s single channel film work The Magical State, 2017, draws parallels between the violent exploitation of fossil fuel extraction on the lands belonging to indigenous people and the violence inflicted on oppressed women’s bodies. The film is shot in La Guajira peninsula in Colombia, which is the site for one of the largest open-pit coal mines in the world. In The Magical State, a young woman from the indigenous Wayuu tribe has been possessed by a 40 million year old oil demon, who has been awakened by mining. Spoken to in Spanish by an unseen man, she curses him in the Wayuunaiki language, screaming in rage over fire and the ruins of an ancient monument. Lurid, nightmarish colours of acid yellow, turquoise and pink ripple across the screen like an oil slick, and the woman’s voice is carried forward by the beat of drums and a droning horn. It’s an incredibly powerful piece that leaves the public reeling from its intensity. The film issues a stark warning to those who advocate for an a-political environmental movement, stressing that environmental violence is inextricable from the violence subjected upon oppressed peoples, thus highlighting the urgent need for an ecological movement defined by an intersectional politics.

The last work in the exhibition is Sonya Dyer’s Hailing Frequencies Open, 2019 which is a new commission that builds on the artist’s ongoing body of research. This work responds to and intersects three narratives that speak of how Black women’s histories and experiences are continually being erased: the moral problem of the HeLa Cells (originally taken from Henrietta Lacks without her consent), Nichelle Nicols’ astronaut recruitment activism (the first American woman and Black man in space after years of exclusion) and the Greek myth of Andromeda (the Aethiopian princess who is classically depicted as white). In a sound piece that incorporates Alice Coltrane’s Andromeda’s Suffering, Dyer interlaces these elements into a narrative that imagines a world where the space vessel Anarcha Mission: Anarcha Prototype II carries HeLa Cells to the Andromeda Galaxy in order to create a new world. The space vessel has been named after one of the enslaved women (Anarcha, Betsy and Lucy) that we know were brutally experimented upon by the ‘father’ of modern gynaecology (J Marion Sims). The journey thus becomes symbolic for the reclamation of Black women’s erased stories. In the space, Dyer has also hung an alien-like sculpture that represents the space vessel, and films featuring informal skype interviews with prominent Black women scientists – Dr Chanda Prescod-Weinsten, Dr Miranda Lowe, Dr Hadiya-Nicole Green and Dr Elizabeth Opara – who respond to the different narratives cited in Dyers’ work. ‘The science I would like to see in the future is one that benefits us all – not for money or the benefit of a select few.’

Rewriting the Future is a deeply compelling exhibition that gives central space to the marginalised narratives that are challenging hegemonic ways of perceiving the world, through the imagining of radical alternatives. The programme itself nurtures new narratives through the commissioning of new writing that will evolve into a digital publication of speculative fiction. The exhibition is accompanied by a multifaceted public programme that includes a performative lecture by Sonya Dyer on 24 January 2020, combining speculative fiction with Black women’s hidden histories of space travel. Curator Angelica Sule will also host a new feminist speculative fiction reading group, as well as an off-site screening of Born in Flames (1983) by director Lizzie Borden – a documentary-style film exploring how direct action can confront sexism, racism and class discrimination on 26 November at Showroom Cinema.

Jessica Piette is a writer and curator based in Birmingham. She is currently taking part in CAMPUS Independent Study Programme (Curatorial, Visual and Cultural Studies) with Nottingham Contemporary. 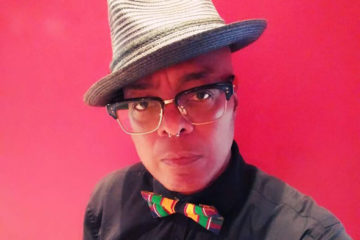 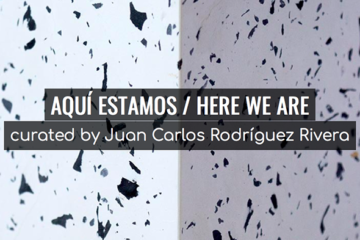 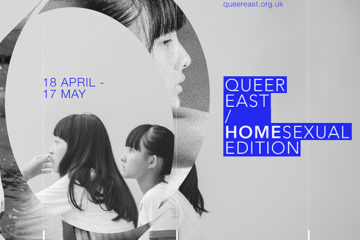 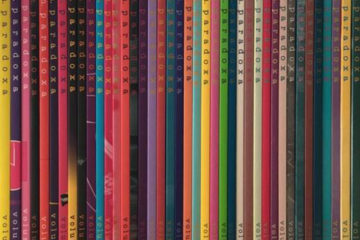